Laser part markings are on products we use every day. Because it’s fast, clean and efficient, manufacturers in a broad range of industries rely on laser part marking. At Prototype & Short-run Services, we proudly offer state-of-the-art laser part marking technology with the help of Datalogic equipment.

What Are Laser Part Markings?

With the AREX fiber laser marking system from Datalogic, we are able to apply any kind of marking to a part, including:

Why should you choose laser part marking?

Datalogic develops and manufactures cutting-edge laser part marking equipment. For high-speed part marking, we use the AREX Fiver Laser Marking System. Because the AREX produces markings with excellent contrast on metal surfaces, we use it for marking PCB assemblies. 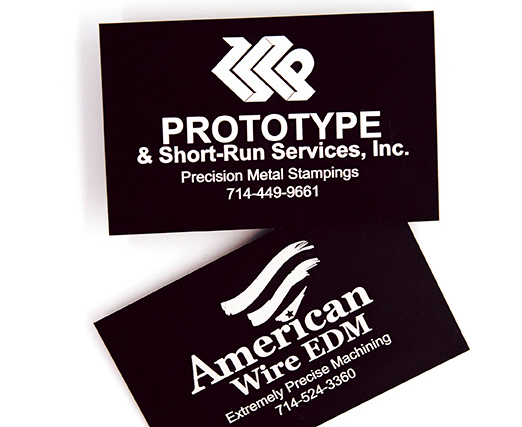 At Prototype & Short-run Services, we offer laser marking services to a wide range of industries, including:

There are many different ways to mark a part using lasers. To learn more about the different methods of laser marking, read on:

Laser marking can be traced back to the 1950s. A research scientist at Columbia University named Dr. Townes invented the first laser. A few years later, two Soviet scientists took Dr. Townes’ creation and worked on it until it was capable of producing continuous output.

Throughout the 1960s, 70s, 80s and 90s, researchers continued to find new ways to improve and use laser technology. In the 60s, lasers were used mostly for spectroscopy (the study of the interplay between electromagnetic radiation and matter). As the years went on, scientists discovered new ways to use lasers, and now they touch nearly every part of our lives – from the lasers that make it possible to play DVDS to the lasers that perform corrective eye surgery.

Laser marking is your best option if you want clean, permanent and accurate markings. Whether you need to mark just one prototype or several thousand parts, we’re here to help. To learn more about our services, contact us today.